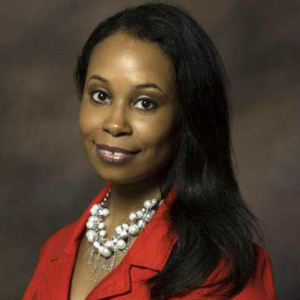 DEVELOPER, GRAPHIC DESIGNER, INTERACTIVE MULTI-MEDIA EXPERT, CONSULTANT
Sherri is co-founder of TANO Innovation. In her role as a Full Stack Developer and Designer, she is able to marry her love for technology and creativity with her love for community. Enhancing her passion for creativity is over 30 years of IT experience in both military and corporate settings, the last 15 of which were in the Engineering Department of WBNS 10TV as a network administrator. She returned to school for Web Development and Interactive Multimedia Technology to make the official transition to her career in Marketing. Experience in front end and back end development, from servers and networking to code and user devices, coupled with broadcast experience, allows her to rise above the capabilities of most developers.

Early in her IT career, Sherri was a mainframe programmer/analyst in The United States Air Force. When personal computers emerged for office and home use, her work shifted towards building and maintaining PCs. Also at this time, she started to build and maintain computer networks. After almost 6 years of military service, she returned to Ohio and worked for CompuServe Network Services. Her training there strengthened and reinforced her knowledge of networks, network security, and the Internet as it evolved in the mid-90’s. Her graphic design work began as a hobby that evolved into freelance work in the early 90’s. A few years later, she began to learn HTML and design websites.

Named as an Emerging Leader by Who’s Who In Black Columbus, her commitment to community started at home with her parents. Her late father, Jim Robinson, is best known for his daily radio commentary titled, “Rich Black Thought,” which offered a strong Black perspective on the day’s news and had a 12-year run in the 80’s and 90’s. She is dedicated to helping the Black community thrive in every way throughout the diaspora. She continues to work in a variety of capacities and sits on a number of boards, including the Ohio Black Expo, the local chapter of the National Association of Minority Veterans, and most recently, The State of Ohio Collective.

Sherri grew up in the arts, playing the piano first and later, the flute and the violin. She also studied dance (ballet, jazz, tap, liturgical, African, and modern) and was on the drill team during high school. She also sang, danced and acted in musicals at Center Stage, a local Black community theater. She has also participated in various church choirs and praise team throughout her life.

If it’s true that “we are the sum of our experiences,” Sherri’s experiences have given her a strong foundation in marketing and using the power of the web to go beyond just text and images on the screen. She has come full circle in technology, returning to her love for programming.

TANO Innovation develops SaaS (Software as a Service) products, the first of which is available now. HUKU is a Black business locator for consumers on the front end. On the back end, it gives business owners powerful tools to connect with customers and engage in affordable marketing. Visit hukuapp.com for more information.

Sherri is happily married with children. She’s an empty nester and enjoys music, dancing, and spending time with her husband when she’s not working!