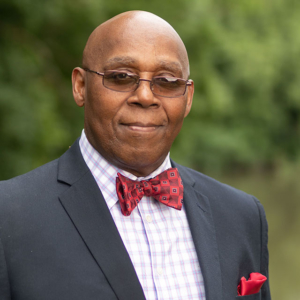 He is the Area Superintendent for Columbus City Schools and previously served as the Interim Director of School Leadership Development. From 1981 to 1985, he served as an Art teacher and coach at Bishop Ready High School. Dr. Murphy was the first African American teacher at The Columbus Academy when it was still an all-boys academy, serving as the Upper School’s ceramics and sculpture instructor.

Dr. Murphy’s Ed.D in Educational Administration is from Ohio University where his doctoral research was focused on the impact of single gender schools on the social, emotional, and academic progress of low income African American males. He is deeply committed to expanding the educational opportunities for African American males through the creation and expansion of single gender schools and he continues that work today with the development of The Masters Preparatory Academy. He has a M.A. in Educational Administration from The University of Dayton and a B.A. in Art Education from The Ohio State University, where he was also a member of the OSU football team. Dr. Murphy is married with two children and has been a member of World Harvest Church for 30+ years where he has served as an Elder at the church from 2003 to the present.