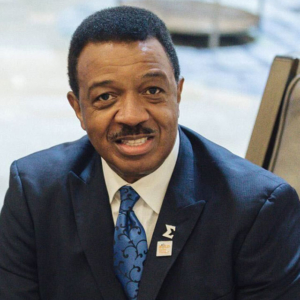 President & CEO
Leadership At Its Best

He is currently President & CEO of Leadership At Its Best a Columbus, Ohio based company that provides Leadership and Development Training, Executive Coaching as a certified coach of Coachville, Leadership and Development & Life Skills Training for Pre-College and College and University students.
The key focus is on African American students with an emphasis on boys and young men. That program is BOLD – Black-students Orientation to Leadership Development. The program that exposes high students to senior level people in corporations, education, government and none-profit organizations is his Junior Executive Development Program-JED. He also serves as the contracted Chief Operating Officer for Who’s Who In Black based in Columbus, Ohio a division of Real Times Media.

He is currently member of the Society of Human Resources Management; National Cancer Society as a Volunteer; Life Member Alabama A &M University Alumni Association; National Association of African Americans in Human Resources – Past National Board of Directors, awarded his Honorary Doctoral Degree in Organizational Leadership in 2017 for Julian King University and a member of The New Salem Missionary Baptist Church in Columbus, Ohio. He is a native of Greenville, AL and the son of the late Matthew and Jessie Womack.